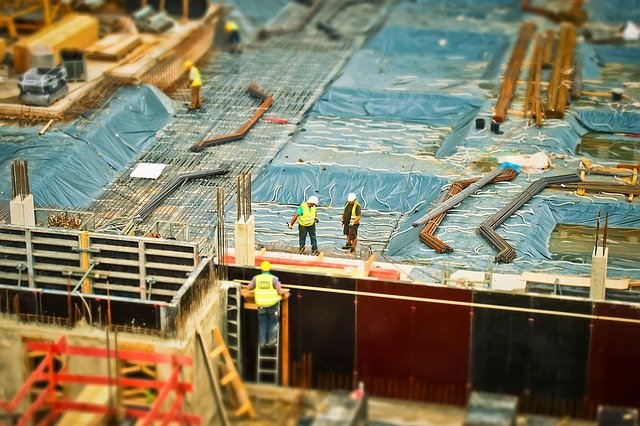 Vibration measurement in construction projects – what to look out for

What is happening in the cities of the republic right now is quite astonishing. Every available square metre is being built on with flats. Actually, it was to be expected, because for years citizens complained that housing in central locations was becoming unaffordable. The whole thing was triggered by the ECB’s seemingly never-ending zero interest rate policy. Now it has come to the point that cities and municipalities are using every available square metre to somehow bring more housing into the villages. The only problem is that the many new buildings are often placed in the middle of already established residential areas. This approach, however, carries a huge risk that many investors underestimate: Building damage caused by vibrations. How can you protect yourself as a financier or builder?

Vibrations when building a house – what to look out for

If you want to avoid the risk of gigantic compensation payments, you place measuring devices for building vibration monitoring. Vibrations occur there because machines are doing what they were made for: drilling, hammering, etc.. This includes, for example, processes such as impact and vibration pile driving or compaction work.

Anyone who has paid attention in physics knows that such vibrations do not remain local, but are conducted through certain objects into the wider environment. Pipes, beams, walls – they are all capable of transporting vibrations. In some cases, this can cause already finished parts of the construction to suffer a defect. It is even worse if one of the surrounding buildings is affected and suffers a fracture. In this case, the polluter would have to take responsibility for repairing the damage. This is not a cheap matter if it is a load-bearing wall of the neighbouring building. Of course, as a builder, you can insure yourself against this. But the insurance company will of course do everything in its power to avoid payment.

For this reason, it is common today to use measuring DIN4150-3 equipment. Such equipment is mounted at various points on a building site. But especially at the side edges, where the transition to the surrounding buildings is located.

On the other hand, you can use this measure to keep complaints from others at bay. With the help of measurement technology, you have clear evidence of when and how strong the vibrations were. With such evidence, it is impossible to “pin” damage on you.