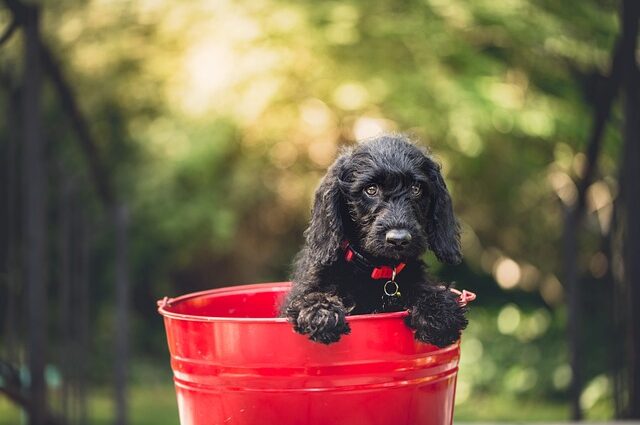 Animals are an immense enrichment to life. During the Corona crisis, it became clear, especially for families, how valuable it is to have a small animal that provides comfort, love and joy in a dreary everyday life. But it was not only the case during the pandemic. Statistics show that the number of pets has increased massively since 2012. In second place in terms of popularity are dogs. They are considered loyal companions for everyone and offer the advantage that they are also very good to have out and about. For all those who would also like to buy a dog, however, a crucial question arises: What should I name my dog?

This question is crucial because the naming is final. How should one approach the matter? Not at all easy. That’s why there are different strategies.

Lists of the most popular dog names

One of the surest ways to find a suitable name is to look at lists on the internet. On the web, a distinction is often made between lists for cute female dog names and lists for male dogs. They are often ordered by year, so you can either keep up with the times or perhaps look for a classic.

The problem with such chronologically ordered top lists is that they always contain names that are popular in the short term and completely inappropriate years later. This also happens with people. In the nineties, for example, there were a lot of Kevins for a certain time. And since 2016, “surprisingly”, there are more Lucifers than ever before.

Apart from such outliers, however, the lists are definitely very helpful if you can’t think of any suitable names.

We don’t know exactly why, but old Greek names or those from Roman times seem to be popular with dogs. These include Brutus or Caesar and a few more. They are associated with strength and power. Some also use personalities such as Beethoven or Isac Newton to christen their four-legged friends. They then refer to their creativity or cleverness. There are no limits to the imagination in this respect.

A good way to find names is to name them after well-known personalities. For example, if you have seen Gilmore Girls, you know that the dog was named Paul Anka. Elton (John), Arnold (Schwarzenegger), Madonna, Greta (Thunberg) or Axel (Rose) would work just as well. This is a nice way to once again associate one’s own preferences and interests in a positive way.

Whatever you decide, it doesn’t really matter. In the end, names are a matter of taste. Besides, it is only a name that will have no effect on how the relationship between you will develop. All that counts is the love between owner and dog.