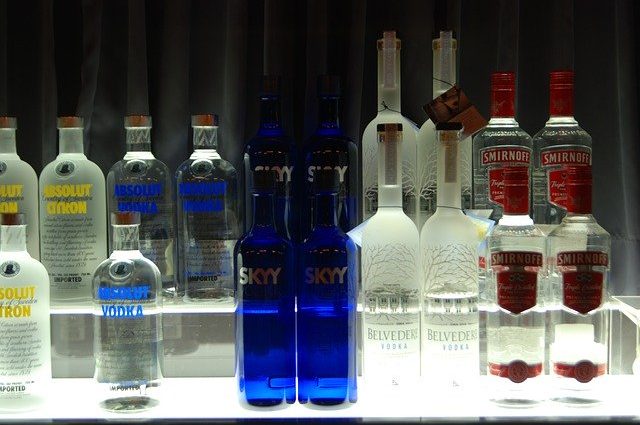 Things to know about Vodka

By: Flavio Engels
In: Lifestyle, Products

In a time when women were mainly crickets at the stove, vodka enjoyed great popularity in the ladies’ world. They could drink their frustration from their souls during the day, nobody would smell it. Jimmy Greaves was one of England’s best strikers and scored 400 goals in 600 league games. He used a syringe to inject vodka into oranges. He ate it on the sports field and the coach was happy about his vitamin-rich diet. No one noticed anything with him either. These kinds of application belong of course in the curiosity cabinet. But basically they show one thing: well distilled vodka is a spirit of the utmost purity. It hardly smells at all, but its taste is still uniquely elegant.

Vodka is distilled from grain. It is believed that people in Poland and Russia started distilling surplus parts of the harvest in the 14th century. At that time the drink was probably only half as strong as it is today. In general, alcohol production served primarily medical purposes. Apart from that, alcohol can also be considered a possible form of preservation. Surplus production leftovers could be preserved in this way for an eternal period in times of need. Calories in liquid form. Just as beer can serve as a substitute for bread.

Added to this is the fact that at that time, one could not simply drink from the tap. Alcoholic beverages were one way to keep liquids safe and clean. Important, for example, in case the well was contaminated or even poisoned by illness.

In Poland and Russia, the drink became the most important spirit in the following centuries. Especially in Russia, however, it became almost a permanent feature of everyday life. There it is said that without vodka people and life would scratch each other’s eyes out. In this part of the world, denial of existence has always been very hard. Therefore, vodka was and is distilled and consumed abundantly.

In view of the long tradition and the high importance for the population, this had the positive effect that the production methods were constantly improved. There is now vodka of such high quality that some bottlings can cost hundreds of euros.

Meanwhile, the water has gained popularity worldwide. On all continents there are numerous connoisseurs who appreciate a good drop of water.

In addition to its original form, vodka is particularly popular as a mixed drink. It is considered the ideal mixed drink, also for cocktails. The purity and mildness of its flavor enhances the aromas of the fruit. Thus there are Vodka Lemon, Vodka Berry variations or also, very exotic, Vodka Cupuacu. Watch the video here:

Above all the economic rise of numerous countries with immensely large populations, gave consumption a boost in recent years. Among them are for example the new economic powers India, Brazil and China. There, especially premium brands enjoy an increasing popularity, which is clearly reflected in the sales figures.

2020-09-07
Previous Post: Securing liquidity in times of crisis
Next Post: Digitization of business processes – how to realize it