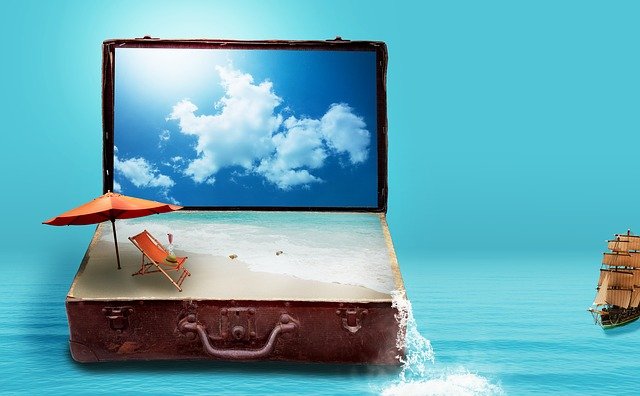 In German labour law, the subject of holidays is very strictly regulated. There are precise rules about who is allowed to take leave, when and how much. During this time, employees continue to receive their wages. However, it also states that the leave is to be used for recreation. This means that employees are not allowed to use the time to do other paid work. Instead, it is a time for them to regenerate their ability to work. But does that actually work? Is leave necessarily recreation? And if so, how long does the effect last? We look into the question of how holidays affect the psyche.

How much relaxation does a holiday really offer?

Studies have shown that those who go on holiday are happier than their fellow citizens who stay at home. Their happiness level rises weeks before the trip. Anticipation is the best joy – at least for those who can’t stand gloating. After the return, the state remains at an elevated level. After 2-3 weeks, however, the general level of happiness settles down to the previous level. After a maximum of 8 weeks, the complete effect is used up.

The surveys showed that the trip is independent of the destination and its distance. The Fiesch Hotel in neighbouring Switzerland has just as good an effect as one in the distant Maldives or in Australia. The important thing is that the holidaymakers look forward to the time.

Basically, the effect of a holiday seems to be a flash in the pan. But that is not the case. The numbers are deceptive. This is shown by the fact that the absence of holidays over several years makes people quite unhappy. A person who never travels never gets out of the hamster wheel. He or she never gets into the situation of not having to take care of everything themselves. So obviously there is also a long-term effect.

This is probably caused by the beautiful memories. Excursions, experiences and long-distance travel cause a lot of positive impressions. In the process, very specific emotions are formed that the brain cannot generate without a trip. Examples:

These experiences are generally described in terms of happiness and joy. And yet they differ significantly from each other in their expression and intensity.

There are also findings on the length of the recovery phase. Scientists have found that one week is not enough. Only after about 7 days does the brain really start to shut down and get used to rest. Therefore, it is better to take 14 days to recover than to go away for a short time more often in the year.

Conclusion: Holidays are important to maintain the ability to work for a long time. This will always work best if the destinations are really close to one’s heart and if the trip is of sufficient length.