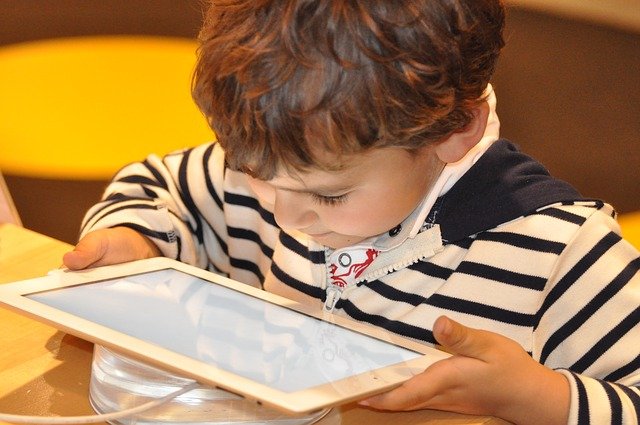 By: Peter Kovacs
In: Products

Parents know, with children there is a kind of guarantee. It applies if you put something in their hands. Guaranteed it will be broken an hour later. Why? Because children under the age of 10 learn a lot through trial and error and want to try everything. For example, what happens if you squeeze the toy really hard? Or if you throw it high and it hits the floor? You can’t do anything about it, you have to wait until the little head is ready. The only problem is that solutions have to be found in the meantime. Especially when tablets are increasingly being used for learning in the household.

Tablets and learning – that has changed

If there is one good thing to come out of Corona, it is that it has helped schools and teachers in Germany to arrive in the current millennium in digital terms. The students had to study at home and the teachers were forced to deliver the teaching material to them via cloud or mail. While some didn’t know how to create a mailing list at the beginning, they were much better at using the technology a few weeks later. Again and again, learning content was even sent via YouTube link, because some videos were ideal for conveying certain information. For socially disadvantaged families, tablets were provided in the schools. It can be assumed that digital technology will from now on be increasingly integrated into pupils’ everyday lives. Blendid learning, or integrated learning, is on the rise. A type of learning in which as many ways as possible are used to present learning content. This creates new challenges for parents.

Tablets and safety – what to look out for?

Basically, parents are advised to increase security precautions. The reason for this is that the prices for tablets have now reached a really high level. There are, of course, inexpensive devices, but the Apple products are still in the premium segment. Even the better Android products, which have a bit more power, usually cost mid-three-digit amounts. Under such circumstances, it is advisable to take some precautions. Especially when it comes to primary school students.

For transport, for example, a tablet case is advisable. This is a case that is specially designed to transport tablets, iPads or other flat devices. This case can be dropped from time to time, usually nothing will happen.

It is also advisable not to allow children to carry the tablet around the house. Unfortunately, children never look where they are going. They also tend to drop everything they hold in their hands. They can hurt themselves, they can damage the tablet or the floor. The tablet can quickly crack the tiles or the parquet floor if the corner of the tablet falls on it. The best thing is to put a protective plastic cover around it. One that is thick enough to prevent such damage from a corner or edge.

The screen protector is also important. It is usually one of the first victims. There are special films for this that offer protection against scratches and also increase the resistance to breakage somewhat.

With these small measures, the tablet is not 100% safe, but the life expectancy is somewhat increased and the probability of defects is at least significantly reduced.

2021-06-17
Previous Post: Facade cleaning: do it yourself or have it done by a professional?
Next Post: Neuschwanstein Castle – why you should have seen it