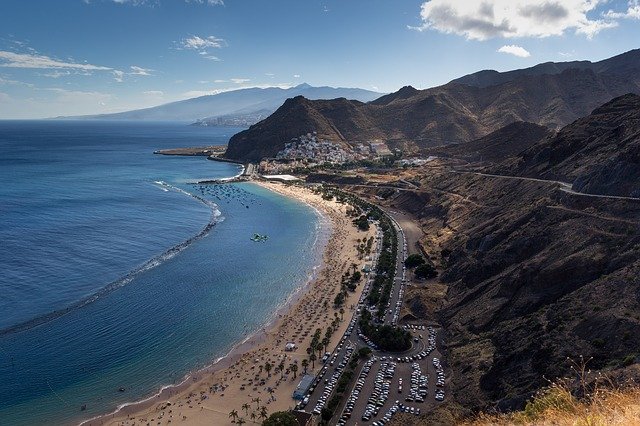 In reality, a holiday is the German’s favourite child and not the car. Because more and more people are doing without the latter, while holidays are an essential part of life. This is noticeable in the Corona crisis, where many citizens have to do without. When recreation is absent, the mood and the ability to cope with stress suffer. Now that vaccinations have reached a relatively good level, this is reason enough to start thinking about where the next holiday could go. Today we would like to present Tenerife as a good destination for this. Why? Because the island offers numerous advantages.

Tenerife is the largest of the Canary Islands and belongs to Spain. This makes it a normal part of the EU. The only difference is that it lies directly off the coast of Africa, on a latitude like the border between Morocco and Western Sahara. This location is accompanied by a climate that makes a beach holiday possible from May to October. Almost one million people live on Tenerife, the capital is Santa Cruz.

Holidays on Tenerife – what advantages does the island offer?

For those who like to spend their free time on the beach, holidays on Tenerife are basically ideal. There are very beautiful stretches on site, with wonderfully fine sand. Everyone can lie there in the sun and just relax. The children can run around without shoes and build castles.

For those who want to get a little more out of a stay, we have some tips in store:

Between the neighbouring island of La Gomera and the beach section Los Gigantes, it is possible to see whales. At this spot, whales find ideal conditions to stay and hunt fish.

Tenerife is an ideal place for cyclists. The local landscape is characterised by the volcano “Teide”, which is already extinct. There are flat passages as well as mountainous routes that originate from earlier eruptions of the Teide. So cyclists have a good variety. There is a lot to see and the road network is excellently developed.

Due to its special location and climatic conditions, Tenerife has one of the most beautiful night skies to be found in the EU. There are hardly any clouds at night, so the starry sky is visible in its full glory.

Due to the size of the island and the high level of tourism, there are countless opportunities to indulge in excessive nightlife – if you want to. There are pubs, clubs and discos of every taste. You will certainly not get bored on this island.