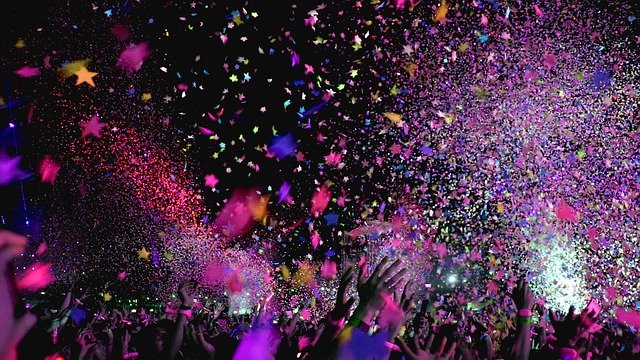 Supposedly, the future belongs to digital platforms in the field of marketing. Money is shifting from the classic media to YouTube, Facebook, Instagram and co. There may certainly be some truth in this, because the figures actually prove that a lot is changing. Nevertheless, one must not forget that people are emotional beings. And emotions are most intensely touched when people experience something. Preferably something extraordinary that people remember fondly. This, in turn, is best made possible by classic event marketing.

Event marketing – why is it so successful?

Red Bull is the prime example of successful event marketing. The company’s entire success is probably based on the extraordinary shows they put on. There are many caffeine drinks. But the small company from Austria managed to become a billion-dollar corporation because they offered events that no one else did.

These included BMX events in city centres, aeroplane shows over the river, skydiving competitions, ice-skating events and similar curiosities. This was clever because other sports were expensive to sponsor. With these unusual events, Red Bull had managed to inspire the masses away from King Football and Co. Afterwards, all that was left was to sell the cans everywhere and the brand was on everyone’s lips.

The secret of the success of such events is the fact that the psyche is exposed to intense emotions. In addition, positive associations are formed. You certainly know the difference between a live football match and a broadcast on television. If you are standing directly at the pitch, you experience a rollercoaster ride of emotions. And if these feelings are closely associated with a brand, they are transferred to the product. It is not for nothing that Coca Cola is the sponsor of football World Cups and Olympic Games.

The future of event marketing

Event marketing will continue to play an essential role in the future. Perhaps an even greater one than before. It is mainly used for product presentations or to drive brand awareness. With the help of social media, they have an even greater impact than ever before. For this purpose, a lot of influencers are invited nowadays, who then provide PR all by themselves with their contributions. They distribute their pictures, videos and comments and help spread the good news. Whereas companies used to be at the mercy of classic media such as TV, radio or newspapers, the information now finds its way to the target group all by itself. Therefore, it will probably always be a worthwhile investment in the years to come if you divert part of the budget to event marketing.

2021-05-13
Previous Post: Childcare – which solution is best?
Next Post: Funeral – what do you have to pay attention to?